He was Born, Mark Vincent Brown, in Dayton, Ohio, but now calls Las Vegas, NV home. At age10, he attended art classes at “Dayton Art Institute” for talented and gifted children, at age 11, he formed his first band, at age 12, he performed his first professional gig opening for the “Delfonic’s,” at age 14, he became co-lead vocalist for one of the cities hottest bands called “Crystal Love,” at age 19, he attended college on a track scholarship, at age 20, he joined the military, where he served our country as a Senior Drill Sergeant, First Sergeant, Communication Specialist, and in 2004 he retired, as a 26 years Army Veteran, to pursue his true passion of music, full time.

In the Military, he formed a band in Germany called “Hott Tickett”, they won every show band competition entered, and was nominated 1984’s best show band in the Army, throughout Europe, and worldwide. 1984, he was selected and toured as a vocalist/entertainer in the first worldwide traveling “All Army Solider Show.” 2005, he fronted former Los Angeles based Motown band, “OZONE”, 2006, he co- founded and fronted Las Vegas based R&B band “In-A-Fect.” 2012 he was selected as touring lead vocalist for the original legendary R&B band, “LTD.” 2013 he became a solo artist “Trèsure” who founded, fronts, and currently tours with his self contained band he calls “The DreamStone Band.”

He is currently working on his own original music, and in 2012 he posted his original material on Reverb Nations Independent site. His song “I Need A Fix” held #1 spot on the R&B/Soul Artist position for months. His most current single “Get It Girl,” gets heavy radio play nationally, and internet air play, and its a live performance crowd favorite. Audiences love and respect Tre’sure. He brings a refreshing multitude of talent, experience and positive energy to the industry. He is often compared to the greats such as James Brown, Michael Jackson, Prince, Usher and Bruno Mars. The industry as well as fans are excited about him. He has established himself as a quality/qualified, multi- talented person, musician, Singer, songwriter, producer, and performer. Keep your eye on this treasure, because Tre’sure & his band are looking to bringing a party to your venue. Experience the magic of his stage presence, high energy performances, incredible vocal range and charisma. He has the gift to touch the hearts and souls of all that experience him one way or another.

Book Your Party or Events today

Tre’sure and his band will rock your socks off with the best Top 40, R&B, Soul, and Funk Music. They especially love birthday parties, he loves to gives out his famous Tre’sure Bears 🐻, and  don’t forget to give your corporate, special, and/or concert events a funky good time full of life and memories with Tresure. 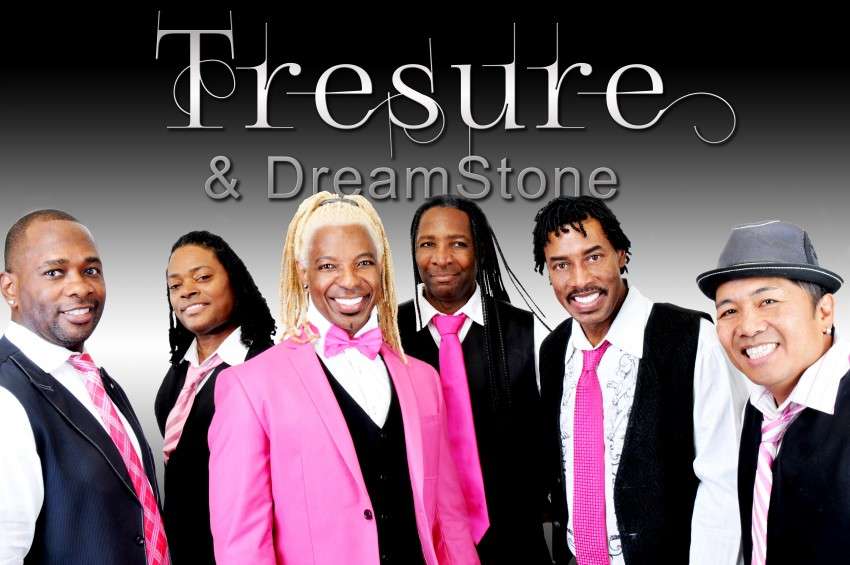