THIGH VOLTAGE is a female tribute to AC/DC, and their rowdy image, giant riffs and monster sound.  Their performance is described as raw, aggressive, and sexy, complete with all of Angus Youngs trademark guitar solos. These girls rock hard and will never let you forget the legacy of the worlds biggest rock n roll band.

Lead guitarist, Leona X, emulates Angus Young to a T and does it all, complete with his fiery blues based pentatonic solos on her Gibson SG guitar, his infamous strip tease, drenched in sweat, and his manic stage persona. AC/DC fans will agree she has him down pat.

Eva Karczewska honors the legacy of Malcolm Young, the greatest rhythm guitarist of all time. Malcolm’s brilliant song writing and distinctive chop is inextricable to AC/DCs identity, and his contribution to rock n roll history will never be forgotten.  Eva is the bands musical anchor and reinforcement, as done so amazingly well by Malcolm himself.

Claudy Zee is the amazing Cliff Williams, who is the one who drives the band home. His bass lines are refreshingly straightforward and to the point, never drawing too much attention, but always bolstering the song.  Just like Cliff, she is a big reason this boogie train rolls on.

Ryan Gillan holds down the thunderous backbeat as Phil Rudd, an essential piece of AC/DC’s musical puzzle.  Rudd’s metronome-like precision duly became the backbone of their signature sound. He would be proud of Ryans rock-solid, play-for-the-song drumming. 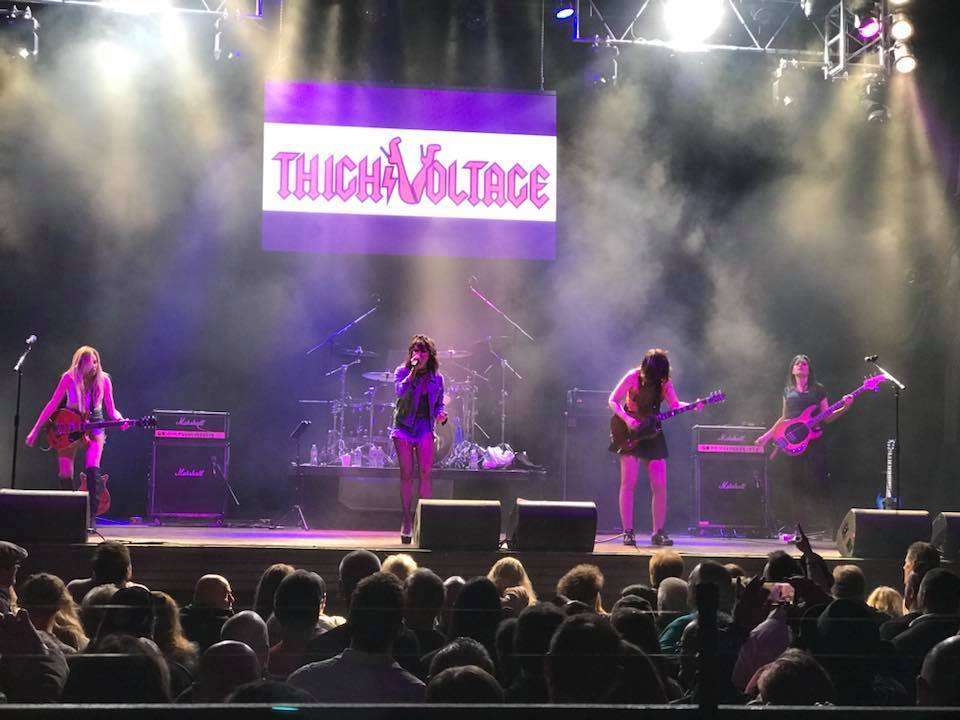