From different parts of the planet, the members of The Red Lyon Band have come together for the love of playing live! Their sound ranges from power rock, modern pop, rock/pop/blues classics and originals. They deliver everything from one extreme to another with both reckless abandon and delight. This powerhouse rock band consists of four dynamic performers Annie Lyon singer/songwriter guitar player, Jim Baich songwriter/vocals/lead guitar, Mike Dalaimo or “Mike D” on drums and Glenn Mungcal vocals /bass guitar.  The covers they bring to the stage, while staying true to the covered artist, also bring their own unique blend of artistry. It is evident that the band is having the time of their lives, and it shows during every performance. Red Lyon’s combined experience includes both original and cover projects in Los Angeles, San Diego and Las Vegas for the past 30 years. They are all concert level players that have opened for acts like Foreigner, Joan Jett and Foghat.  Red Lyon plays varied styles with ease and you will be blown away by their complete dedication to their craft and showmanship. While they concentrate on writing original music for future album release, their live shows are faithful tributes reflecting a song catalog of popular songs that dominate the airwaves and appeal to a wide group of listeners of all ages. 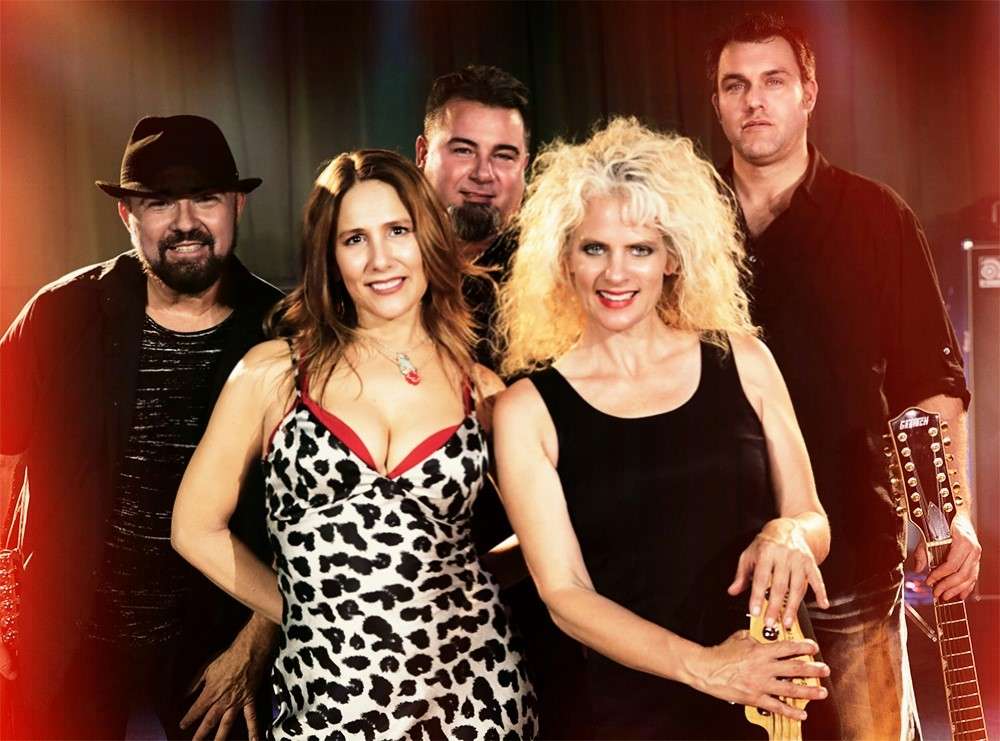