…was born in San Jose, raised in Las Vegas and now resides in San Rafael, Ca. He picked up his first guitar at age 13 and trained hard in guitar, vocals, piano and trumpet and attuned his ear to classical opera as well as rock. A chance encounter with a family friend struck the right cord and paved Shapiro’s way into music. At age16, he had the opportunity to jam with Bruce Springsteen. The rocker’s energetic marathon performances spurred Shapiro to develop a taste for a raucous stage presence. After stints in various cover bands in his teens, Shapiro formed the band Trip, released a few CD’s and toured. Being part of the VH1 Rock Across America Tour, Trip opened for such artists as Edwin McCain, Duncan Sheik, The Romantics, and Cheap Trick. It was during an ill-fated gig opening for Great White when a tragic fire struck, that moved Shapiro to deeply reflect on life’s vagaries and whims.

He bounced back, releasing his first solo album, Somehow, Someway and toured nationally opening for the band Live. After moving to San Rafael, Ca., he formed the power trio, Reckless in Vegas.

There are several influences that peer through his music, for example, the raw and unyielding guitar riffs of Jimi Hendrix, Journey’s Neal Schon and Carlos Santana, as well as the melodic and powerful vocal styling of U2’s Bono. In fact, it is “Hendrix’s bluesy style” and wild “manipulation of the guitar” that Shapiro credits as a major early influence. 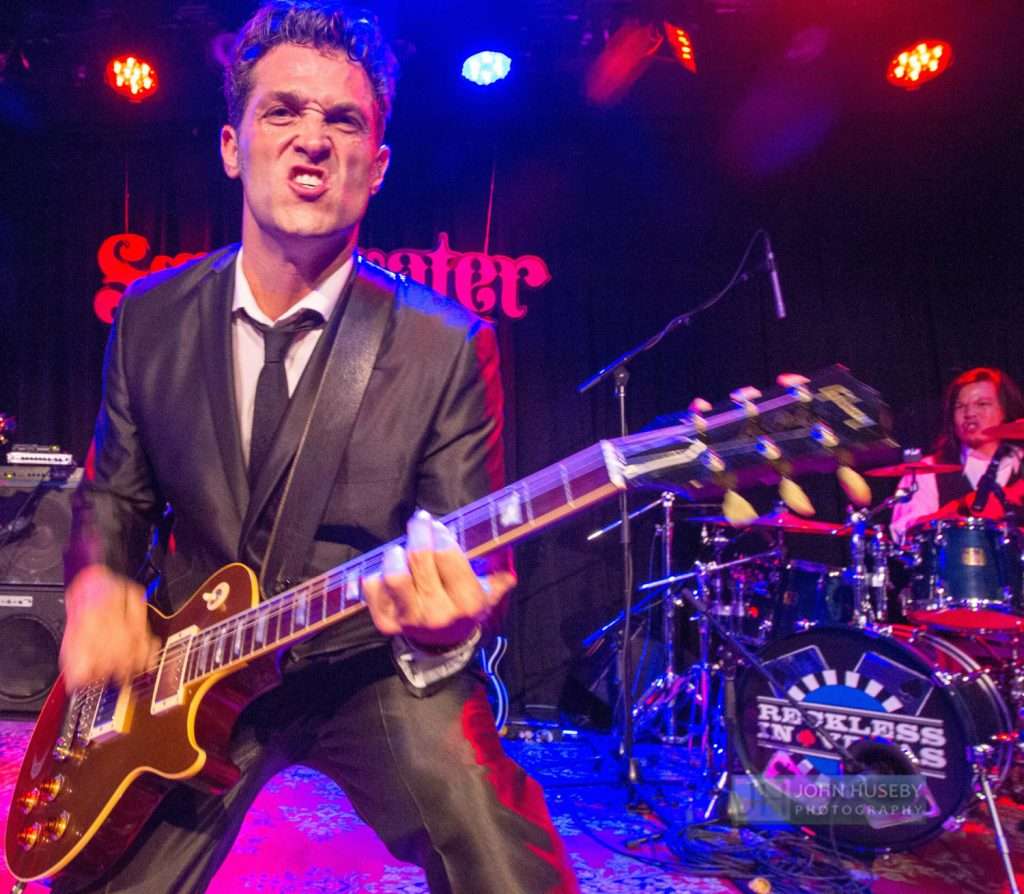