A high energy rock cover band from the Arizona desert
Busting onto the music local music scene in the early 2000s, Gigbutt has been entertaining rock n roll fans all over Arizona, California and Nevada. One of the top bands singled out in many battle of the bands shows, Gigbutt remains a crowd favorite. Members of the band have opened up for many established rock acts such as – Great White, Cinderella and Quiet Riot just name a few.
If you want to rock and have a fun time doing it, Gigbutt is a band for all ages.
Covering music from the 80s to today like, Loverboy, Bonjovi, Cheap Trick, Styx, Volbeat, Rise Against, Weezer, Bryan Adams, The Darkness, Tom Petty, The Babys, Queen and Led Zepplin, we’re sure to play one of your favorites.
If you’ve got the gig! We’ve got the show! A great time for all! 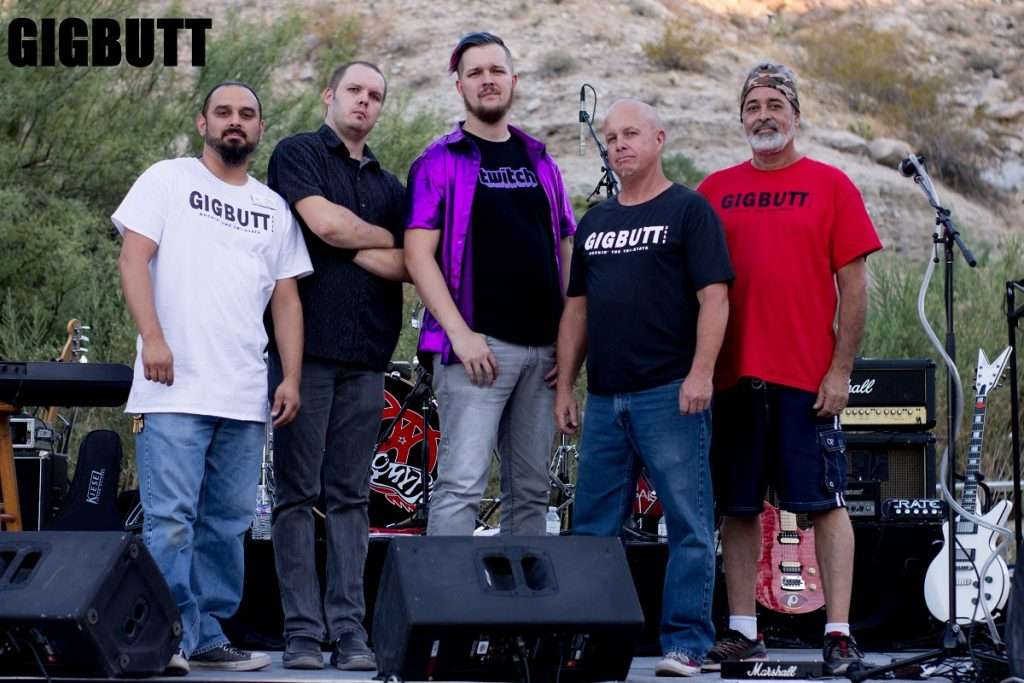