The Femmes of Rock are a group of extremely skilled musicians who perform some of the biggest hits in classic rock, all on electric violins. It seems to be a steadily growing trend in the music world to reimagine hit songs in this classical-type fashion. Apocalyptica is currently touring and playing Metallica’s hits on cellos, and Evanescence is also touring with an orchestra to accompany Amy Lee’s vocals on some of their greatest hits. It really is an interesting and quite enjoyable take on these songs we all know and love.

The Femmes of Rock consists of four members that all work and mesh together phenomenally on stage, each taking turns in the spotlight to showcase their expertise and incredible musical skills. The members of the group are Nina DiGregorio, Christina Rieger, Chandra Meibalane, and Carissa Werner. Also accompanying the group is a small band including a very skilled guitarist, who totally shredded through Van Halen’s killer guitar solo in their song “Eruption,” a drummer, and a bass guitarist.

The show started with founder of the group, Nina DiGregorio, taking the stage beneath red, white, and blue stage lights to perform a killer rendition of the National Anthem on her violin. After the conclusion of the anthem, she was joined on stage by her other bandmates and they dove right into a rocking whirlwind of classic rock hits from famous artists like Pink Floyd, Queen, The Beatles, Electric Light Orchestra, and several others. A little ways into the show, Nina came back onto stage with a new instrument, a cowbell. The audience laughed heartily at this for they knew what song would be up next. What they didn’t know was they were going to get the opportunity to participate in a friendly little cowbell competition up on stage, the winner receiving a kiss from one of the ladies of their choosing. One contestant was overly enthusiastic on stage and of course won the contest, but it was revealed to be violinist Carissa Werner’s husband who had traveled for the show since it was their anniversary. He got a very enthusiastic kiss on stage from his wife. The second place winner received a CD of their music.

The whole show was entertaining from beginning to end. The renditions of “Comfortably Numb” by Pink Floyd, “Bohemian Rhapsody” by Queen, “Devil Went Down to Georgia” by The Charlie Daniels Band, and the final song of the show, “Freebird” by “Lynyrd Skynyrd” were definitely favorites amongst the audience and myself. The skills and creativity of these talented ladies are unparalleled and I highly recommend checking them out when you can. Amazing show. 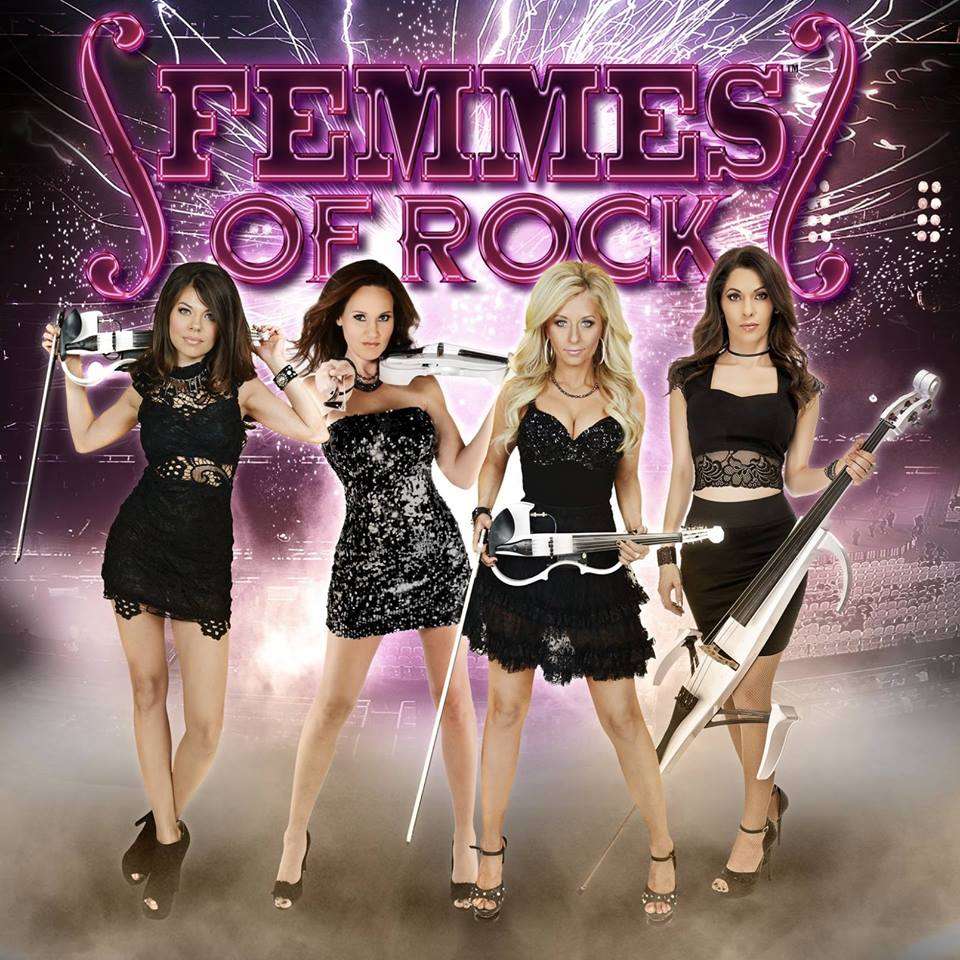